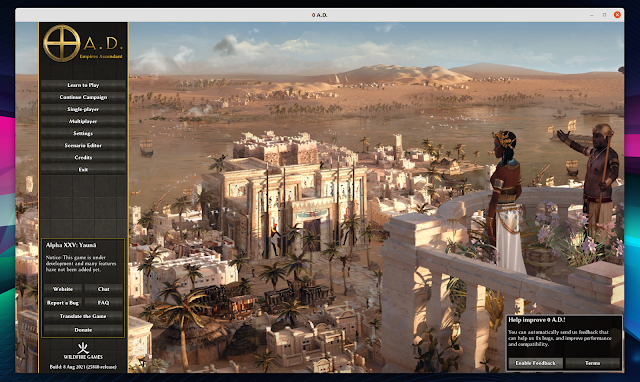 0 A.D. Alpha 25 “Yaunā” has been released over the weekend with improvements to pathfinding, performance and GUI, an initial implementation of single player campaigns, and more.

0 A.D. is a free and open source historical real time strategy (RTS) game that runs on Microsoft Windows, macOS, Linux, FreeBSD, and OpenBSD. It features the real-time strategy gameplay components of building a base, economic development, training an army, combat, and technology research. The game  has both single and multiplayer functionality.

The game was originally started as a total conversion mod concept for Age of Empires II: The Age of Kings. The developers then decided that making a mod was too limiting, so an in-house engine was created. For more about the game, check out this page.

It’s worth noting that 0 A.D. is still considered alpha software mainly because it’s not yet feature complete (for example, new civilizations are added quite frequently), but the game is playable. However, several bugs still exist according to the game downloads page, like some lag when moving many units, large maps can cause issues, and formations are disabled. There is no official release date set for the stable version. 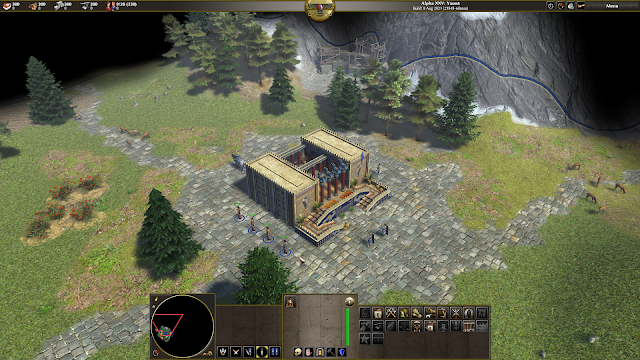 The new initial single player campaigns feature, which was introduced with this release, only allows choosing between two campaigns at this stage: tutorial or “Demo campaign – new maps”:

After starting a new campaign and choosing a scenario, you are greeted with a match setup screen which is similar to the already existing screen for single player matches. This allows you to set the AI difficulty, as well as game, player and map settings (e.g. conquest or diplomacy game type, population cap, game speed, etc.).

You can see these changes in the 0 A.D. Alpha 25 trailer below:

If your Linux distribution is not quick to update packages like 0 A.D. (Arch Linux for example already has Alpha 25 in its repositories, but some Linux distributions may have alpha 24 or even older versions), and you want to play the latest 0 A.D. Alpha 25, try the Flathub package which has already been updated, or the Snap Store candidate package (--candidate). The 0 A.D. Launchpad PPAs have not yet been updated to the latest Alpha 25.

How to Install and Play Doom on Linux

Bootable USB Creator Ventoy Gets A Native GUI For Linux

How to create a StatefulSet in Kubernetes

How to scan a Debian server for rootkits with Rkhunter