Linux or Mac? It is one of those hot Coca-Cola vs. Pepsi debates, but it’s an important one as your work, and your overall computer experience depends much on what type of work you do and what OS do you use for that work.

First, let’s start by explaining a little bit about the Operating System (OS). OS is a piece of software that essentially runs your computer. It manages and controls your system hardware and provides some essential features.

What type of OS might be the best one for you depends on you, e.g., if you are an average user who uses the computer to kill time and play games, Windows is the best OS for you as it is optimized for gaming. But if your lively hood depends on your PC  or you have some sensitive information on your PC, then Windows is the worst OS for you. Similarly, macOS is optimized for web designing, video editing, and music-making as the software for these tasks optimized for macOS. Linux is excellent for programming as many IDEs, and text editors were designed for Linux. Now before we start to discuss macOS and Ubuntu, let’s have a brief look at their histories.

The initial goal of Ubuntu was to make a user-friendly Linux distro that can be used by anyone. The first bug filed where Ubuntu stated, and I quote, “Microsoft Windows dominated the desktop Operating System market, and Ubuntu was there to change that.” Ubuntu’s earliest releases focused, making installation easy by introducing a graphical installer. The efforts put into Ubuntu to make it user-friendly were soon recognized as it soon started gaining popularity among the Linux community and, in addition to this, attracted new users as the installation was made easy.

The operating system that powers every Apple computer is called macOS. Its first version was released in 1984, which completely changed the computer industry, similar to how IOS on the first iPhone changed the smartphone industry. In 1984 Apple introduced Macintosh, which was the first commercial computer to feature a Graphical User Interface (GUI) and a mouse; this made computers much easier to use and much more accessible to the general public. Apple then bought Nextstep and brought forward a UNIX based architecture. Later in 2001, Apple released Mac OS X. This mac OS X gradually evolved into mac OS we know today.

Linux is highly customizable. If you are switching from Windows to Linux and are more familiar or comfortable with Window’s UI, you can customize your Linux UI to look like Windows. The same can be done if you are comfortable with macOS. 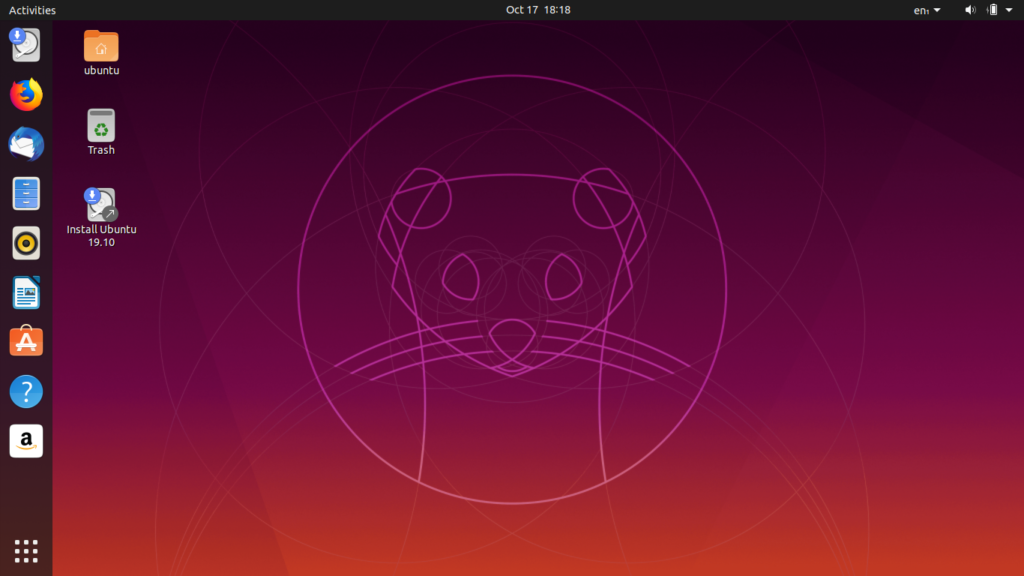 The new Ubuntu 19.10 has made significant improvements in this regard. However, when comparing the default UI of these two, it all boils down to personal preference. But the majority agrees that macOS has more organic and, in general, a better UI than Linux. 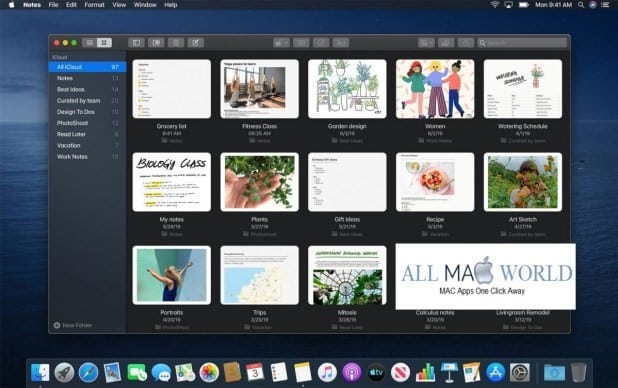 Ubuntu is not hardware specific, meaning it can be installed on any computer. Now you can even install Linux on a mac book; this goes to show Ubuntu can work with almost any type of hardware. Now macOS, on the other hand, is very hardware-specific. It is only compatible with Apple hardware.

Ubuntu is very efficient and doesn’t hog much of your hardware resources. Linux gives you high stability and performance. Despite this fact, macOS does better in this department as it uses Apple hardware, which is specially optimized to run macOS.

Price is an essential factor in choosing an OS. In the case of Ubuntu, there is no price. It is free to use as it is open source. On the other hand, there is no legal way to buy macOS. It comes preinstalled with MacBook. So to get macOS, you need to buy a Mac.

Privacy and security are some of the most important things if not the most important thing a person looks for when choosing an OS. As Ubuntu is open-source, it doesn’t track it’s user’s digital footprint. Privacy is the key feature of Ubuntu. macOS, on the other hand, does track the digital footprints of its users, and a lot of private information is sent back to the developers. This is the reason why Linux is very popular among most IT professionals.

In terms of security, both macOS and Linux are very safe compared to Windows, as most malware is not designed for them.

Ubuntu is highly customizable as it is open-source. If there is something you don’t like, you can change it. You can even change the amount of resources that your PC should use. You can customize the UI of your Linux to make it look like Windows or even macOS, which shows how much flexibility Linux provides. On the other hand, macOS comes with a fixed UI, and there aren’t many significant changes that you can make, much like Windows. You can’t look at the source code of macOS as it is not open source. 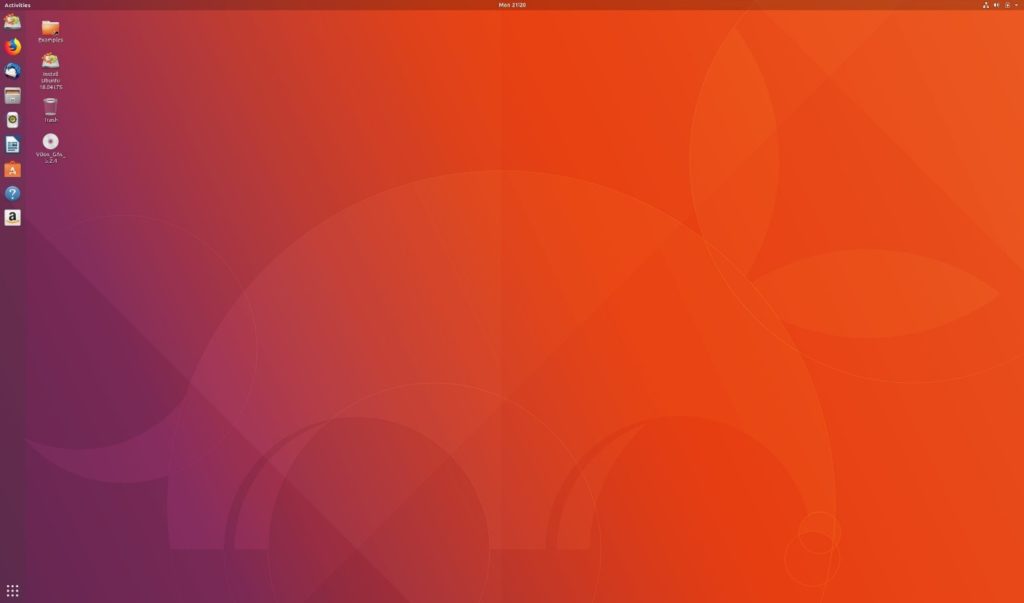 Above is the default Ubuntu 18.04 LTS UI 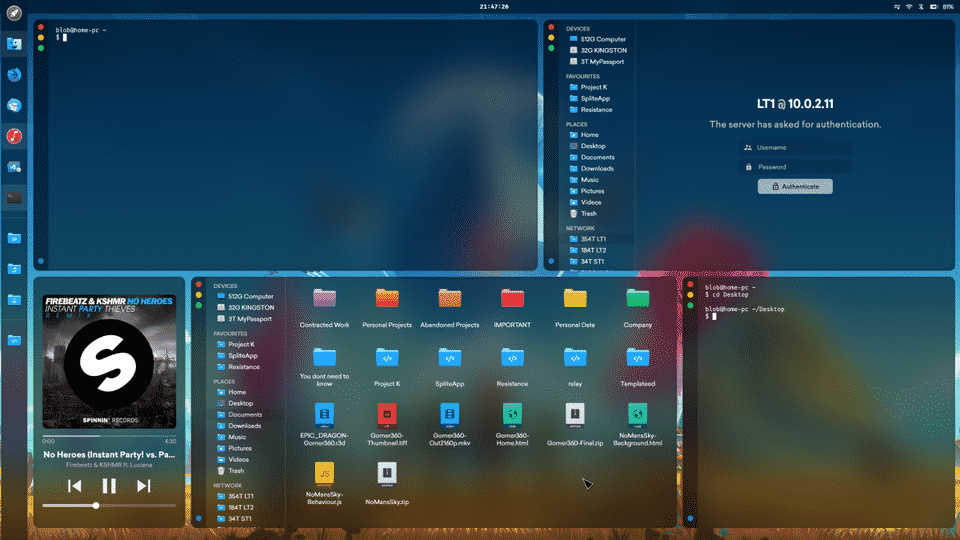 Above is a picture of customized Ubuntu 18.04 LTS.

So we conclude that there is no better OS. It all depends on the type of work you do. But having said that, the main differences are, Linux is free and open-source, and privacy is one of its key strengths. It also gives you a lot of flexibility to mold it according to your unique taste.

In contrast, macOS can only be obtained with a Mac. It is not open source and collects your private information. It isn’t customizable and gives you almost no flexibility, but at the same time, it is alo the most stable and efficient OS.

Zeeman is a freelance content marketer, software engineer and tech blogger who loves to blog on his tech blog in his free time.

How to Find IP Address of Windows, Linux, Mac and Website?

How to Detect Rootkits on Windows, Linux and Mac?

What is vm.min_free_kbytes and how to tune it?