With all these Battle Royale games like PubG and Call of Duty on the rise, Esports has become the hottest thing right now.

The most popular games are the ones that allow multiple players to join and have a workaround together via voice chat to go on and win the match. And the fact that people are literally making millions by just playing and recording these games from their screens is just bizarre.

There’s really no denying that this has got to be the best job on the planet because you’re able to make money by having fun in the process.

I am not even exaggerating when I say the revenue touches “millions”. A gamer called Tyler Blevins, who goes by the name “Ninja” on the internet, is an amazing example of someone who started out uploading simple gameplay recordings on YouTube and now has exclusivity deals endorsements with companies like Microsoft, Adidas, and Red Bull. His earnings are over $17 million a year by just playing games on his computer and console.

Another example is Kyle Giersdorf, a gamer on YouTube and recently won Fortnite World Cup Solo Championship, earning him $3 million in a short span of time. Both of these gamers, and others, have received massive recognition on TV shows and all over the world.

It’s really inspiring the way things turn out to be for gamers in these modern times, and the best way to get a piece of this pie is to jump on it right away if you’re passionate about it. You don’t need any fancy equipment to get started. Just make sure the basics are covered, including a nice game recording software to capture your gameplay to be uploaded on the internet.

To make things easier for you, I’ll be going over the best game recording software that you can grab as per your requirement. But before that, let’s explore a bit more about making money from playing games.

There are many possibilities, but below I’ve mentioned some of my favorite ones that should give you a nice head start without feeling overwhelmed. 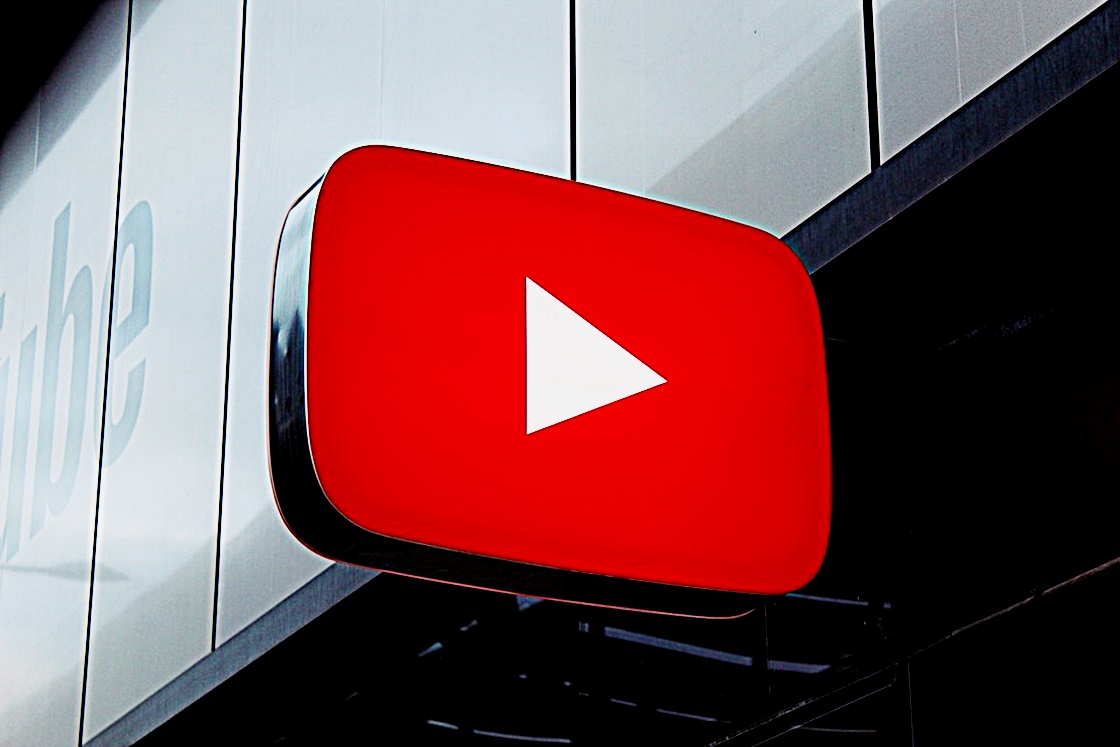 You must have guessed this already, but YouTube is the very first place where you should upload your gameplays and attract a like-minded audience. All gamers started with this platform and are still making huge amounts of money month by month.

Just utilize one of the screen-recording software mentioned in this article to record your gameplays and put them on YouTube for the world to see them. You won’t see results instantly, as the case with any other method, but consistent uploading of quality and in-demand content will land you a ton of views and subscribers in no time.

Explore some of the best YoutTube tools to make more out of it.

Twitch is a live streaming platform for gamers to display their gameplay in real-time to the audience. Since this platform is niched down to gamers, it won’t take long for your content to get noticed.

There are several ways to make money with your live streams on Twitch, some of which are:

Having an amazing and enticing set up, especially a gaming chair is a huge plus point for any streamer, but it’s definitely unnecessary. Just focus on playing the popular games and play them well to keep the viewers engaged.

Participating in Esports championships can be an amazing opportunity to get your name out there and make quite a lot of money in the process. However, I’d recommend jumping on this only after you have an active YouTube or Twitch channel so that you won’t have a tough time getting selected.

Now, let’s have a look at the best game recording software.

Wondershare has a lot of products, but you cannot say their quantity overweighs their quality. All of their products are equally useful and feature-rich, just like DemoCreator. This tool makes it really simple for you to record your gameplays and edit them like an absolute Pro.

You can choose to record your sound from the microphone, webcam, and even the system to have the best experience while watching it.

There are times when you’re playing a multiplayer game and having a conversation with your teammates, which is essential for the viewers to understand better what’s going. So, this feasibility can prove to be the “game-changer” for your videos.

Moreover, you can add annotations, effects, narrations, banners, overlays, and a lot of other cool stuff while editing your clips. 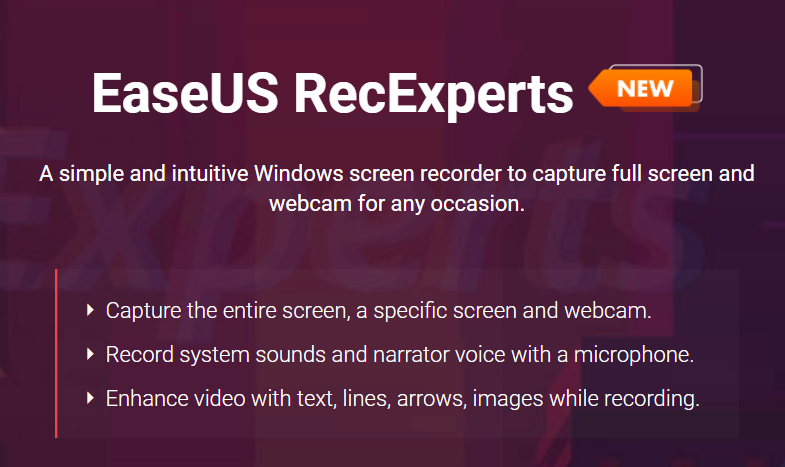 Capture a certain area, your webcam, or your entire screen window with EaseUS RecExperts. It gives you the option to record system sounds and even your external voice connected to your microphone, which gives you the clean chit for gameplay recording.

Once you’re done recording your screen, you can take it to the editing panel and add text, effects, arrows, and other amazing elements to spice it up. There’s also an option to record 2D/3D games in 4K UHD resolution.

You can export your recorded content in several formats, including MP4, AVI, and MOV. This software can be downloaded on Windows and macOS.

Made specifically for gamers, Bandicam allows you to record in 4K UHD video without any hiccups. It’s considered one of the best gameplay recording software available, and rightfully so because its features totally speak for it.

You can record various 2D/3D games, including Minecraft, League of Legends, Roblox, and PUBG. Not only that, if you play flash or browser-based online games, it lets you record that too.

Bandicam assures that you won’t experience much lags while capturing your screen, unlike some of those that are a complete mess and freezes your screen from time to time. One of the reasons is that it utilizes a hardware-accelerated H.264 encoder to enhance the performance.

You can get started using the free version and then move towards the paid one once you’re satisfied.

Gecata by Movavi is a free, simple, and lightweight game recording software for Windows. The makers of this tool have tested most of the popular games to ensure it’s compatible with them all, and you can straightaway jump into making some great gameplay videos.

With Gecata, you can record and stream at the very same time so that those who missed your live stream can catch it up later with your recorded version.

While capturing your gameplay, you can choose to display a mini real-time webcam grab of you on the corner so that viewers can see your facial expressions. This is a great way to build a personal connection with your audience.

You can be assured that your gameplay quality won’t be compromised while capturing it. In fact, it’ll run at 4K resolution and 120 FPS. There are quite a lot more features to unpack here, so definitely try this one out at no cost at all.

Another software exclusive for Windows, Action! by Mirillis, is a user-friendly screen recorder with a stylish interface, which is quite easy-going. You can record your PC, console, TV broadcasts, webcam, or cam recorder in just a few clicks.

Here are some other exciting features of this software:

Once you’re done capturing your gameplay, you can edit it within the tool to add effects like slow-motion to make it even better.

Record and share high-quality gameplay videos, screenshots, and live streams with ShadowPlay. It’s made by NVIDIA, which is one of the best (if not the best) graphics processing units ever. You can capture your screen in 8K quality and that too in 30 FPS, or 4K quality in 60 FPS.

This software is hardware accelerated, which means you can keep it running in the background without having to worry about lags and freezes.

A very nice feature of ShadowPlay is that you can replay the last 30 seconds of your gameplay by just pressing a hotkey. This is particularly helpful when you’re not recording your screen, but you just pulled off an amazing moment in the game and needed to capture it.

In fact, most of the time, you don’t even have to do anything. The tool automatically captures and saves the key moments in the game to share them with your audience. You can also seamlessly broadcast your gameplay to platforms like Twitch, Facebook, and YouTube.

Xbox Game Bar usually comes pre-loaded on Windows 10 computers, so if you’re one of their users, then do a quick search to find it on your system. If not, you can download it for absolutely free from the Microsoft store.

This handy app works flawlessly on most PC games and has all the required widgets to record the screen instantly. You can then share it with your audience, connect with fellow gamers and even communicate with them to make the process much more enjoyable.

This tool is very lightweight and doesn’t cause your system to freeze or crash unnecessarily.

Record, stream, and save highlights of your gameplay with FBX. Upon hitting a single hotkey, you’ll be able to capture important clips instantly, so you don’t miss any of the best action. You can leave it recording non-stop in the background and carry on with your game smoothly, as this software adjusts to your bandwidth accordingly.

Even if you have a lower-end PC, there’s a high chance you’d still be able to record and stream without any issues, which is great news for everybody out there.

FBX lets you edit your clips and add captions, effects, GIFs, and stickers to make your gameplay stand out.

One of the simplest software in this list, Fraps, can be used for various purposes, including gaming. It can capture audio and video from your gameplay in up to 120 frames per second and 7680×4800 resolution.

You can also take instant screenshots with this tool, which are automatically named and time-stamped for your reference. It supports a variety of games, including Far Cry and World of Warcraft. You can check some of the recording samples on their homepage to get a good idea of the quality.

You can use Fraps for free on your Windows PC, but you’d have to get the PRO version to unlock more features.

Last but definitely not least, D3DGear allows you to record your gameplay without slowing down your experience. Upon starting your game and pressing a hotkey, this software will keep running in the background to either record, stream, or take a screenshot of your gameplay.

It works with the majority of the games, even the most intense ones. You can overlay your webcam camera, record in-game sounds and your own voice through the microphone. The great thing is, it produces high-quality recording, but the exported size will always be small because of thorough optimization.

If you have an Oculus Rift VR headset and want to take this whole gameplay recording to the next level, then this software might be the one you’re looking for. It can capture the headset’s eye display content for your viewers to experience surreal VR gameplay.

You can use D3DGear free for 15 days as a trial before upgrading to the full version at $29.85. It’s available on Windows only at the moment.

The above gameplay recording software will make it easy for you to break into the gaming scenario and hopefully make a killing by garnering tons of viewers.

8 Speech to Text Solutions for Personal and Business Use

How to Install Ansible on Linux Mint 20